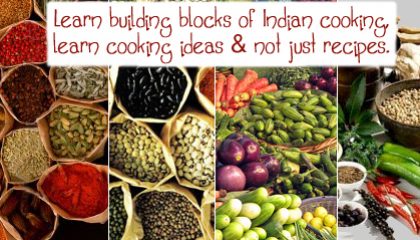 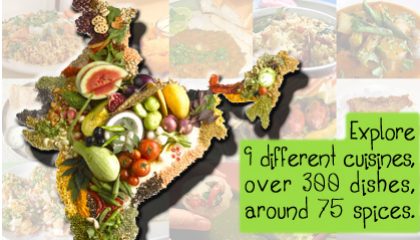 There are at least 15-16 distinctly different cuisines in India. Cuisines range from mainly meat-based Kashmiri cuisine to 100% vegetarian Gujarati cuisines. From largely seafood-based Konkani cuisine to Punjabi cuisine from the world’s most fertile plains to Kashmiri cuisine from Himalayan meadows. From simple Udupi Cuisine of the South to complex but delicate Mughlai cuisine. From Kerala & Coorg cuisines of the world’s oldest spice-trading regions to Portuguese-influenced Goan, French-influenced Pondicherry, and Iranian-influenced Parsi cuisines.

Each of these cuisines took the concepts of 3000 years old Indian Science of Living Healthy, Wholesome, and Well-Balanced Life. Then each region experimented with their local herbs and spices for over 3 centuries and created these Flavorful and Healthy dishes. Each of these regional cuisines has its own intricacies and requires quite a lot of experience in creating flavor and health balance.

Cooking food is an integral part of the daily life of every Indian household. Thus almost every Indian is adept in their own regional cuisine. But only some can cook dishes from other regional cuisines. They often struggle to create the flavor and health balance for dishes from other cuisines. Often cooking their interpretation rather than its Authentic version. This is very commonly seen with most typical Indian restaurants.

In our classes, explore from our repertoire of over 300 dishes from 13 of these distinctly different cuisines, from North, West, East, and South of India. Each of these dishes is cooked in its authentic form and is not an interpretation.